The ENC voted on Wednesday evening to A) rescind their 12/2/15 vote supporting (in concept)  Angelfest and B) move to disapprove of placing Angelfest in the Sepulveda Basin. The meeting was well-attended by Valley residents opposed to the event, who spoke passionately when given their thirty seconds of time at the microphone.

Before the vote(s), several Council members graciously confessed to having voted prematurely, before the ramifications and consequences of a mega-festival sited in Woodley Park had been fully discussed and examined. San Fernando Valley Audubon thanks them for their willingness to reconsider in light of further information and the community’s overall negative response.

The task of Colonel Gibbs of the Army Corps of Engineers is to evaluate the proposed event’s direct impact on the Basin — we hope he will also take into account that a significant nearby neighborhood has expressed its opposition strongly enough to cause this reversal. That has to count for something.

SFVAS would like to extend a special thanks to Gerald Silver, president of Homeowners of Encino and longtime ENC board member, who persisted in bringing the motions to the floor after overcoming procedural obstacles.

SFVAS would also like to remind everyone that tomorrow is the deadline for comments to be submitted to the Army Corps. The promoters are calling in every marker they have to inundate the Colonel with favorable emails. Help us convince him that Angelfest is inappropriate and undesired by the Valley community. Send an email to angelfest16@usace.army.mil

And if you haven’t yet, it’s never too late to sign our petition, HERE: 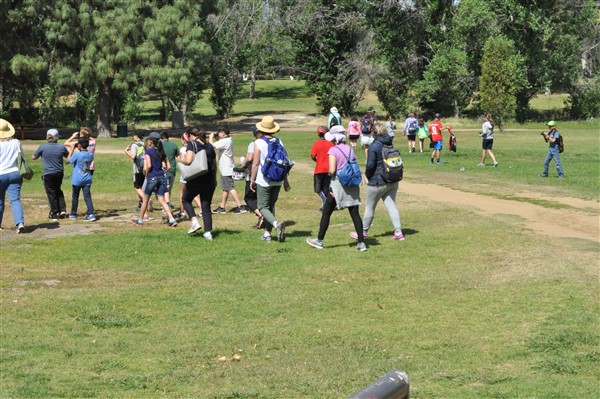