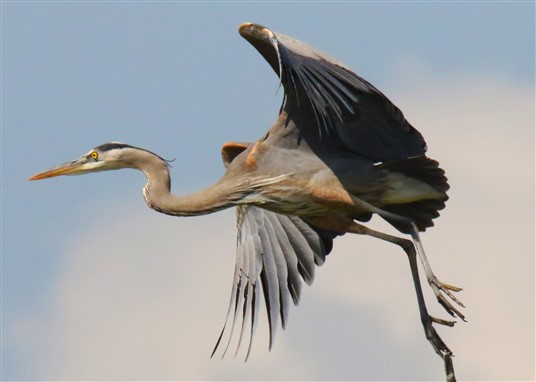 A Unique and Precious Resource

Note: A recent, disastrous fire did extensive damage to the Reserve. Already, we see signs of returning life and are working with other stakeholders to ensure that this precious resource comes back better than before.

Ringed by mountains, rivers and streams, the Sepulveda Basin Wildlife Reserve is haven of rest for wildlife and humans alike, a welcome oasis within an urban setting. It is here where the visitor of today can get a sense of what this part of the San Fernando Valley might have been like before agriculture and urban settlement forever changed the Valley floor:

The Los Angeles River drains the vast watershed of the San Fernando Valley and surrounding mountains–finally emptying into the Pacific Ocean at Long Beach. In years of heavy rainfall, this normally tame watercourse becomes a mighty force–as was the case in 1938 when torrential rains caused the river to flood adjacent farms and homes. Consequently, the U.s. Army Corps of Engineers channelized the river and built the Sepulveda Dam to capture and hold floodwaters for later gradual release down the river. Except for infrequent but dramatic flood episodes, this otherwise dry-land flood control basin, most of which is leased from the Corps by the City of Los Angeles Department of Recreation & Parks, plays host to diverse uses today including athletic fields, agriculture, golf courses, a fishing lake, parklands, a sewage treatment facility, AND A GROWING WILDLIFE RESERVE.

Forward-thinking citizens and government planners hatched the idea for a designated wildlife reserve in the 60s and 70s when much of the basin was open land or in agriculture and becoming surrounded by suburban growth. With so much land being developed for urban and recreational uses, some saw it critical to reserve lands in the lowest flood-prone basin areas and “re-create” a natural habitat for birds and small animals with native vegetation where people would be welcome as visitors.

The present-day wildlife reserve is a product of several phases of development. The first effort in 1979 established the 48-acre riparian area south of Burbank Blvd. between the dam and The Los Angeles River. Formal establishment of the 60-acre habitat north of Burbank Blvd. between the dam and Haskell Creek in 1988 involved grading for the wildlife lake and extensive plantings of native annuals, shrubs, and trees. Pathways were created for educational and enjoyment purposes. The lake became filled with reclaimed water from the nearby Tillman Water Reclamation Plant in 1992.

The latest and most extensive addition to the area is the 1998 expansion project funded by the U.S. Army Corps of Engineers adding an educational staging area and amphitheatre, various pathway/signage/viewing area improvements, new pedestrian bridges over and a reconfiguration and revegetation of Haskell Creek, additional native plantings, and the formal inclusion of 60 additional acres west of Haskell Creek to Woodley Ave.

The resulting 225-acre Sepulveda Basin Wildlife Reserve today is one of the finest refuges of its kind within a major urban area in the country. It serves not only as a restored natural habitat for wildlife but as a living laboratory for all to enjoy.

CARING FOR THE WILDLIFE RESERVE

To be a healthy place for wildlife and for people to enjoy, the Wildlife Reserve needs your help.